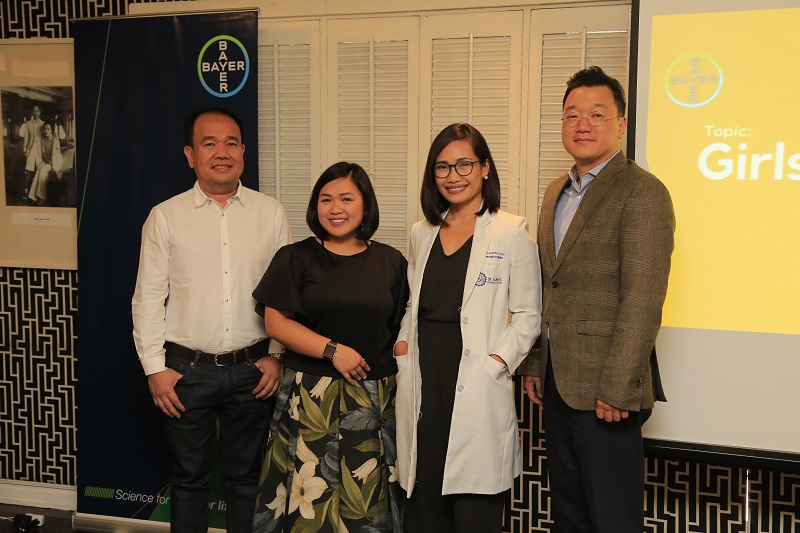 As the government intensifies the implementation of its family planning program in the next four years, much more needs to be done to educate Filipinos about the importance of reproductive health and to correct the misconceptions about modern contraception.

I am already done on this stage as my  kiddos are already grown-ups.  What I did was to let my daughter attend this one in order for her to get a first-hand idea before she get married.

Sharing here the write-ups that would also be a light to others about contraception.

Despite the availability and accessibility of different types of contraceptive methods, accelerating the acceptance and utilization is still hindered by misconceptions and lack of knowledge on modern contraception.

“Following the launch of the first World Contraception Day Philippines in 2018, we want to continue the conversation to empower and educate Filipino women and couples to make informed choices about their reproductive and sexual health,” said JunIl Kim, Country Division Head, Bayer Pharmaceuticals.

Among the types of modern contraceptives, the pill, Intrauterine System (IUS), female sterilization, contraceptive patch and injection are the most effective types of interventions with ~99% efficacy, when administered correctly and used with 100% accuracy. However, male condom, fertility awareness trackers and withdrawal method remain to be the most commonly used with approximately 72-82% efficacy.

Earlier, the government has announced the implementation of an intensified family planning program nationwide targeting 11.3 million women over the next four years. This is to increase the usage of contraceptives among Filipinos from 40 percent to 65 percent.

Via Antonio, actress and comedian, talked about her own experiences in pursuit of better reproductive and physical health, “In this day and age, reproductive health remains to be a taboo topic, even among women. Many are using contraception for various reasons yet no one is openly talking about it. The stigma on birth control is alive.”

Oral contraceptives or the pill remains to be one of the most effective and preferred form of modern contraception among Filipinas because they are convenient, non-invasive and reversible. It comes in two types — the combined oral contraceptive (COC) pill, which contains both progestin and estrogen hormones and the Mini Pill or progestin-only pill (POP).

Progestin is the main contraceptive ingredient that prevents ovulation, thins out the uterine lining and thickens cervical mucus such that sperm cannot pass through. Ethinyl estradiol, the synthetic female hormone, stabilizes the endometrium and enhances the action of progestin.

Dr. Casurao-Trono clarified and put sense into the most prevalent myths about the use of COCs.

Pills do not cause birth defects: No adverse effects were observed when COCs were accidentally taken during early pregnancy. Past COC use is not associated with an increase in spontaneous abortions.

Pills do not increase cancer risk: Studies have not established strong and direct links between breast cancer and pill usage. In fact, the risk of cancer lowered with COC use. It reduces risks for certain cancers such as ovarian cancer (~40% lower), endometrial cancer (~50% lower) and colorectal cancer (~20% lower)[iv]. However, it does not protect from sexually transmitted diseases.

Pills, depending on the formulation and indication, also treat a variety of hormone-related conditions and imbalances such as hyperandrogenism, premenstrual syndrome (PMS) and premenstrual dysphoric disorder (PMDD), a severe and debilitating form of PMS. Over 88% of women receiving COCs report no adverse effects.[vi]

Aside from preventing unintended pregnancies, selected COC pills offer added benefits beyond contraception such as reducing estrogen-related fluid retention and bloating because of its anti-mineralocorticoid property. It regulates hormonal problems such as acne, facial hair and hair loss due to its anti-androgenic quality. Some COC pills also come in a 24/4 regimen that promotes user compliance. Despite its additional benefits, OB-GYNs highly recommend women to go on a healthy diet and take regular exercise to achieve the desired results.

Like any other medication, it comes with some common side effects such as nausea, breast tenderness and headache, which are tolerable.

Dr. Casurao-Trono reiterates that, “It’s time for women to take a more active stance in taking control of their reproductive and sexual health. We should be able to normalize these discussions, without the fear of being shamed or embarrassed.”

To learn more about contraception and reproductive health, visit www.Your-Life.com or visit https://www.facebook.com/wcdphilippines/