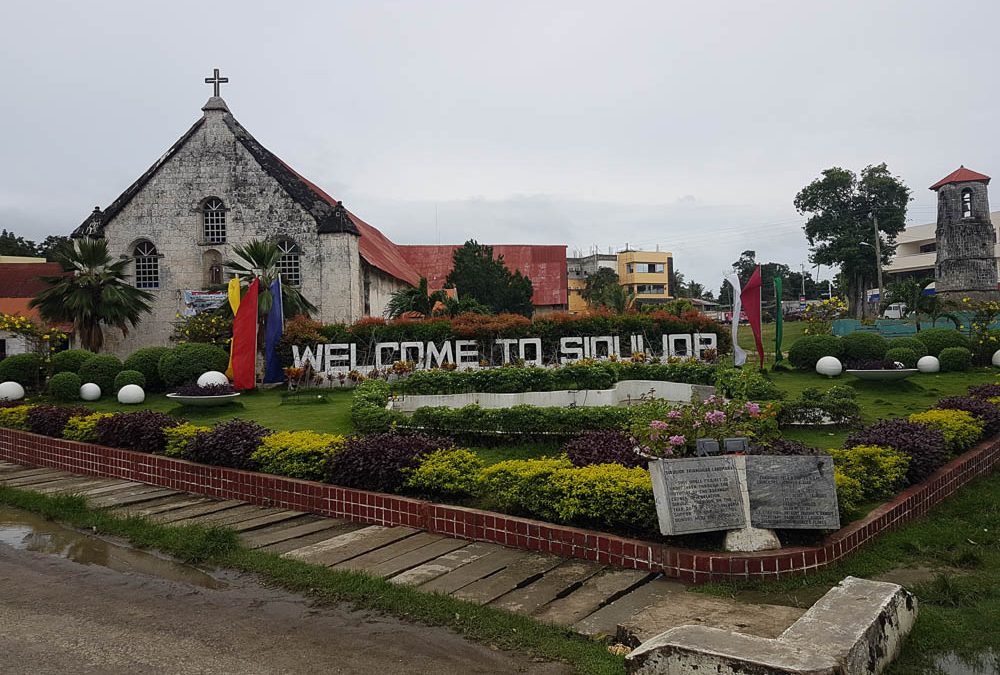 To roam, to breathe, to change place impart new vigor to the mind as Siquijor is soo magical, enigmatic yet the place is sooo esoteric.
After taking time to travel, now time to be inspire to work and be productive.

Once a month, I’m staying a lot in Cebu for consultancy training.  From there,  got the chance to explore nearby provinces like Bohol and Dumaguete. One province that is also near is Siquijor.

I’ve been very eager to visit the said province long, long time ago even if I will go there in solo.  Have read fellow travel blogger, Ms. Aleah about Siquijor and I think solo travelling would be ok.

After all, it’s not a problem to look for accommodation. There are many budget-friendly hostels in Siquijor.

Still, my husband will always do some contradicting remarks every time I have plans to do it.  Worst, warned me and did not talk to me if I open again the topic to him doing my crossover visiting the mystic island.

Sorcery, witchcraft, dark creatures were just some of my husband would hear about it.  I understand him.  He is more concern on my well-being since I will be going there alone.

Anyway to stop this different notion, what I did was to compromise.  I will just go there if he will come with me. LOL, No argument as I saw those smile around his face.

We found ourselves booking in a seat sale via Cebu and off we go in a 3:00 am flight which we like since we still have time to do many things.

Yes, its a neighboring province in Cebu, still it would take time to go to Siquijor. Anyway, the bus ride can make us sleep for a while to rest.

Here is the route going to Siquijor if you’re coming to Cebu Mactan Airport: 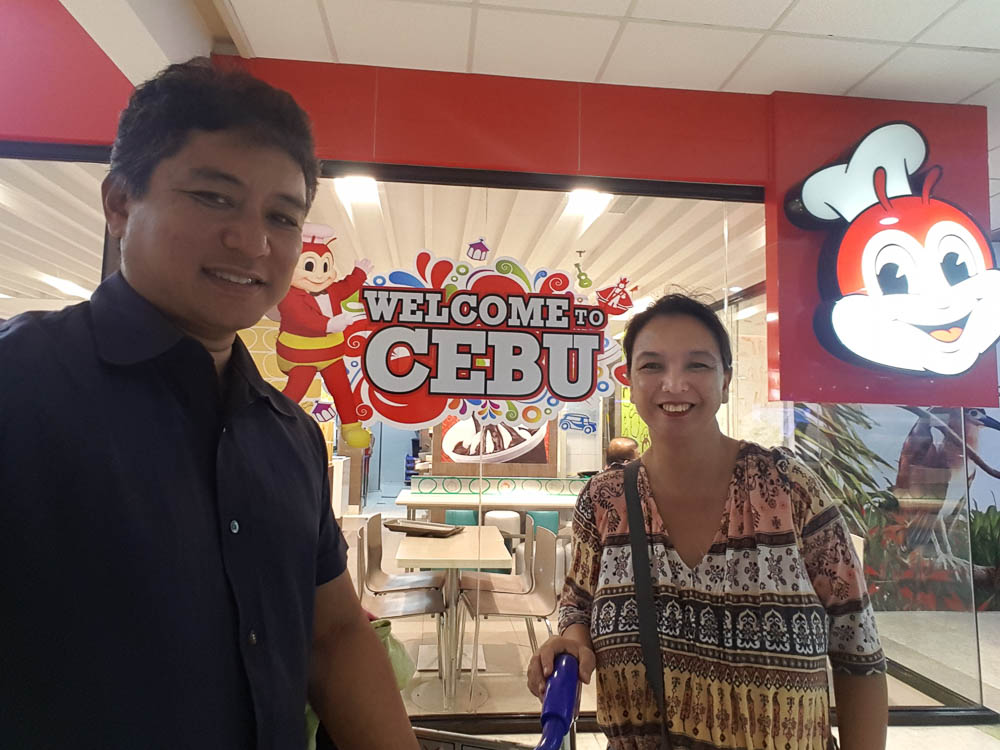 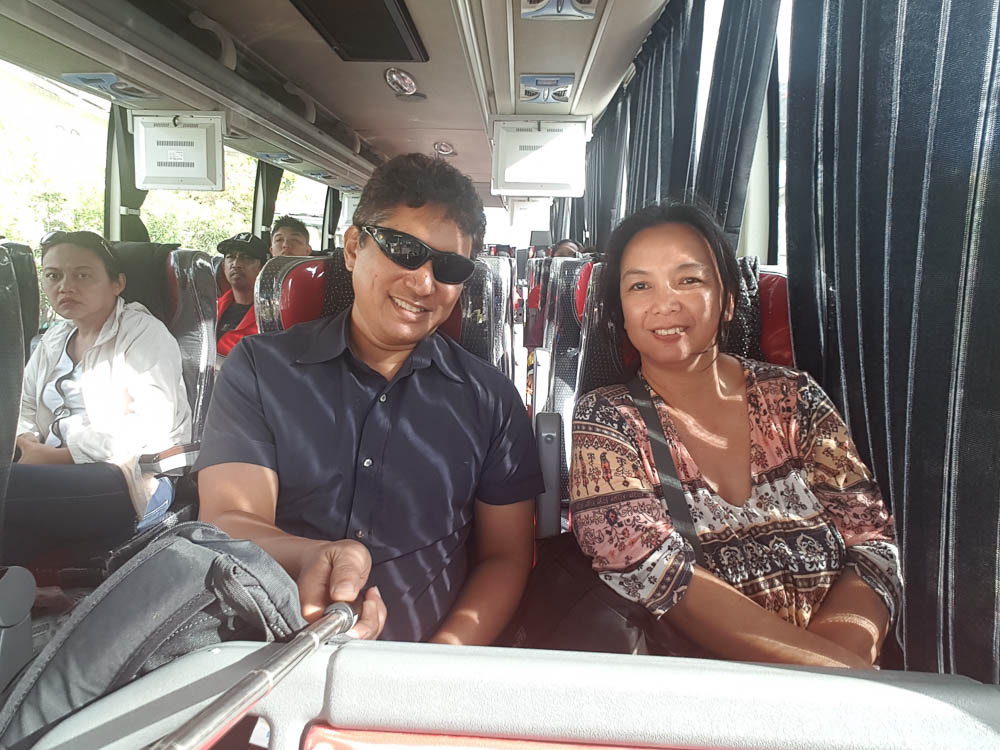 Since we arrived at around 11am in Dumaguete, we did a stop at their market place and bought Budbud Kabog, famous native rice delicacy that we can ate for tomorrow’s breakfast. 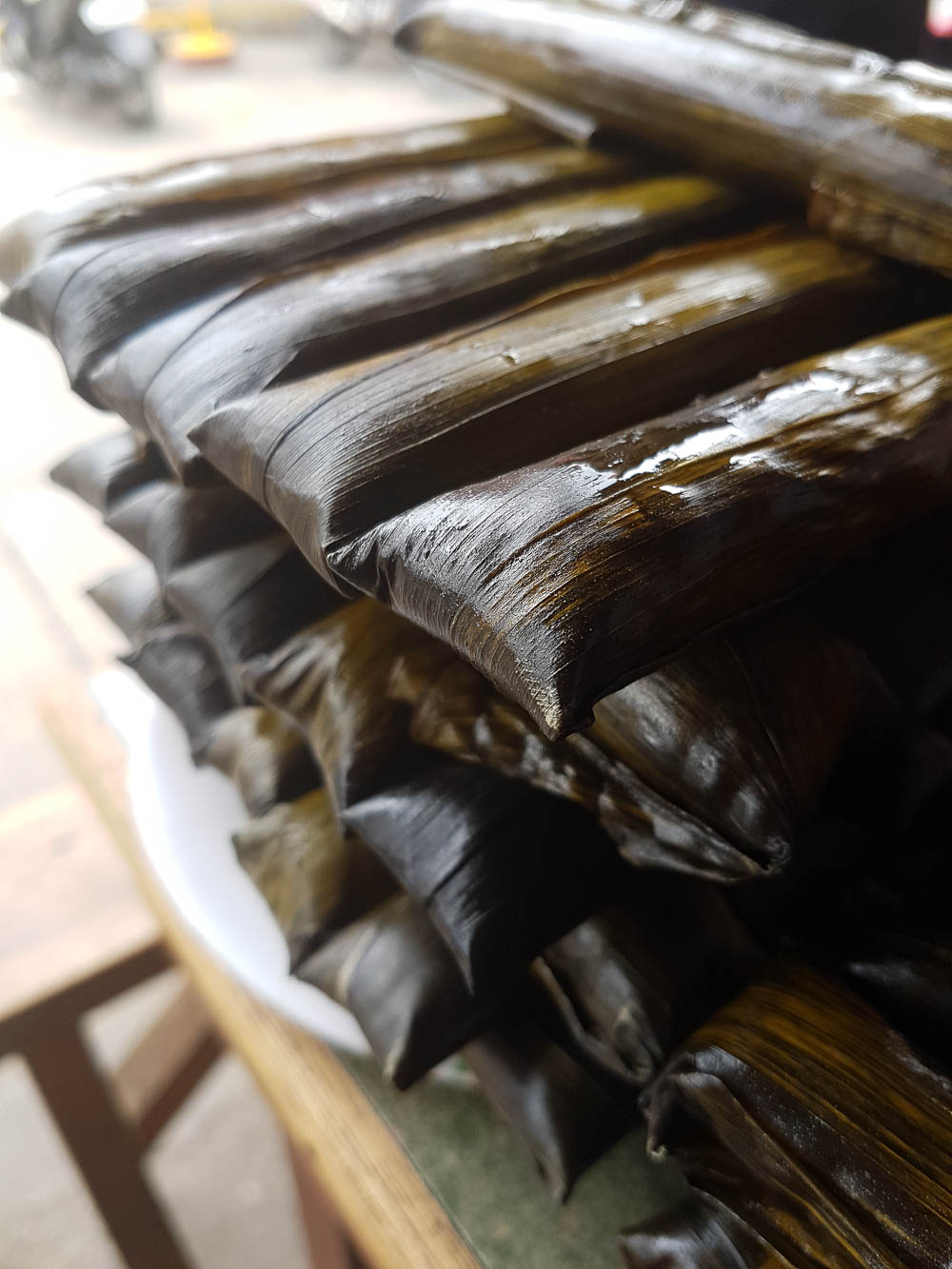 We did some lay-off waiting yet resting time at Sans Rival Bistro and have our lunch since our time to bound via Siquijor was 2pm. 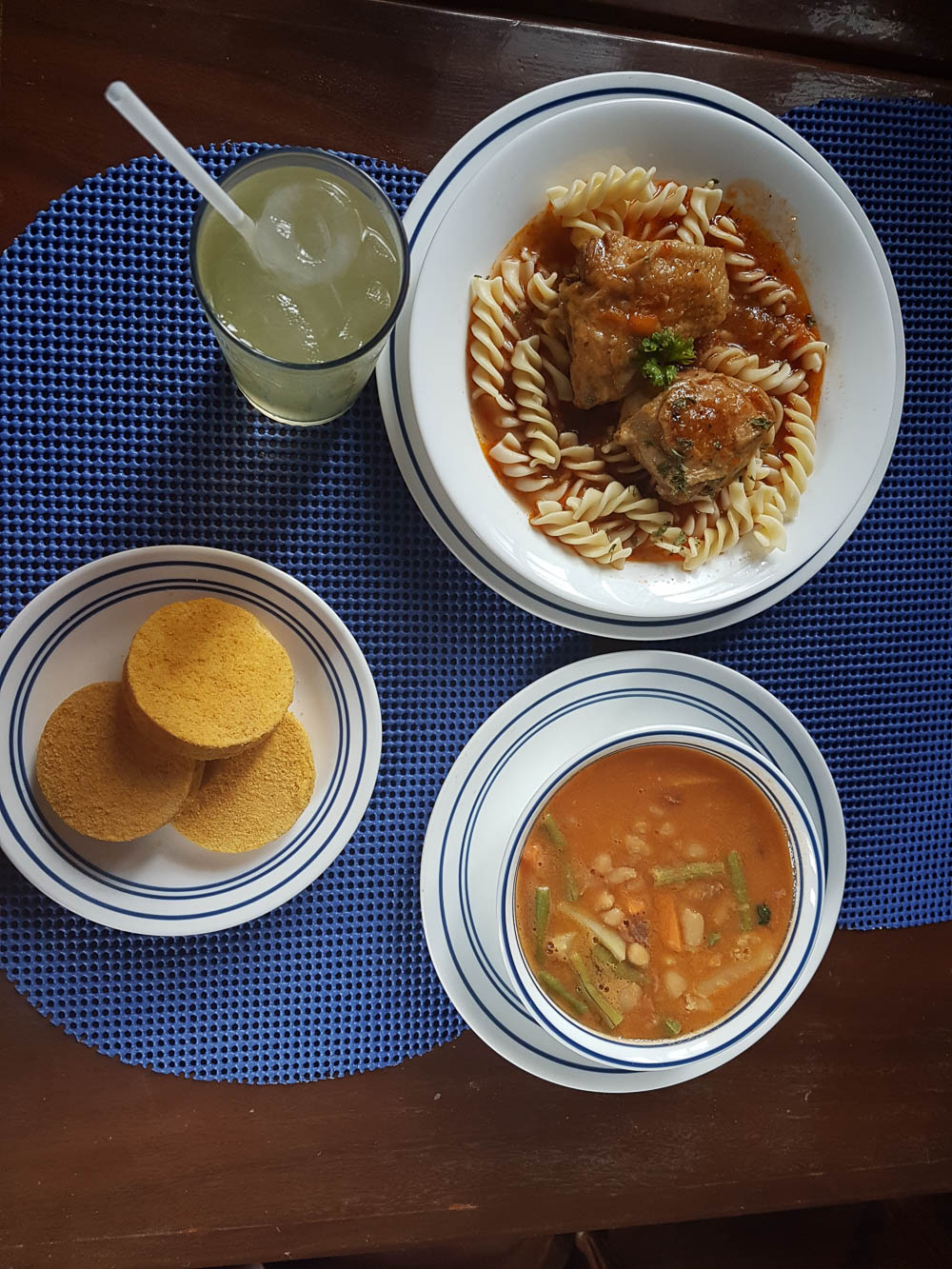 There were many ferries available at the port but Ocean Jet is much faster.  You can be there in less than 30 minutes.  Unlike with other ferries, 2 hours would be the travel time.

Quite bumpy and turbulence riding the craft due to Lawin storm coming that led us to change our place to stay. 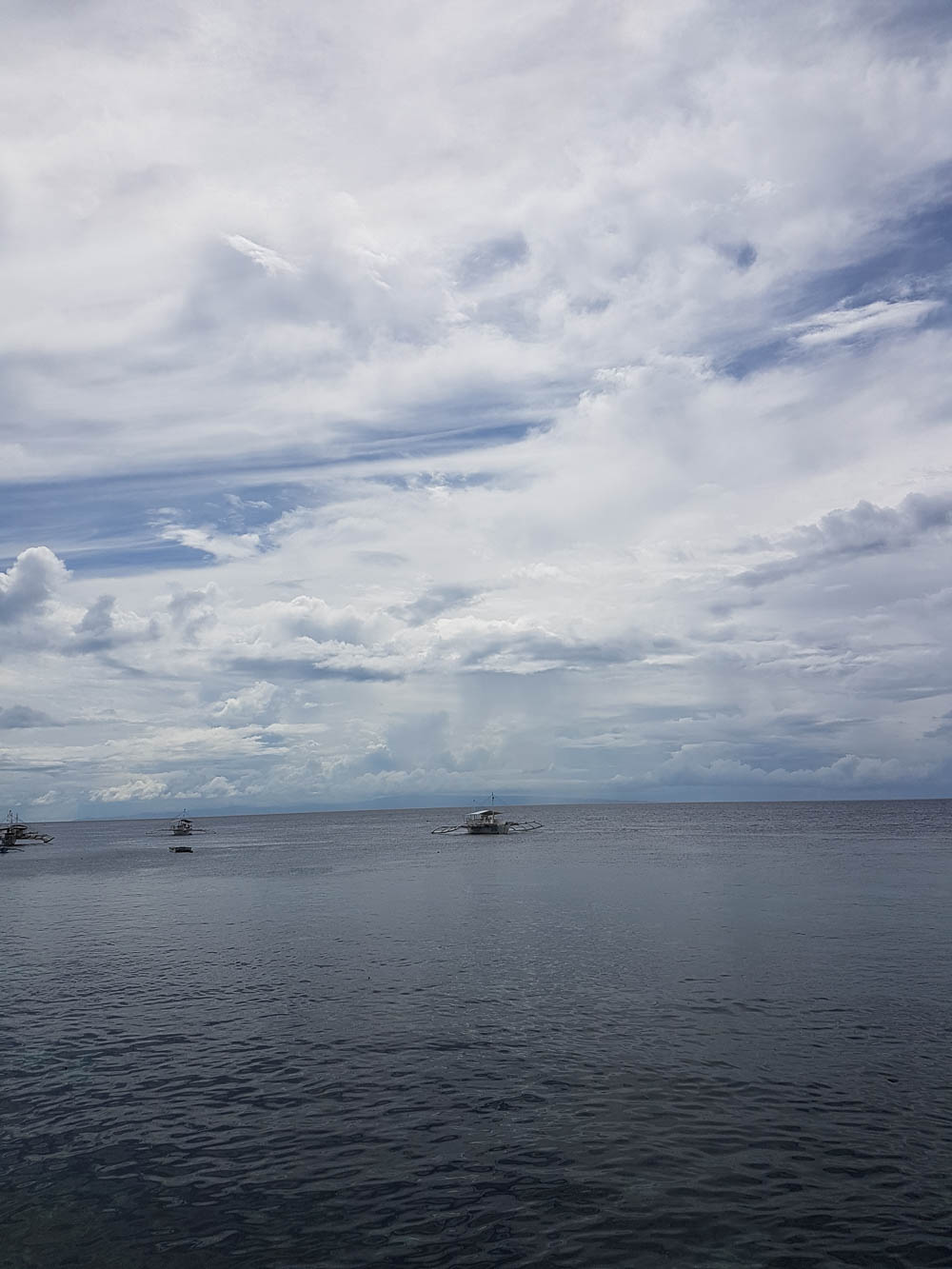 After we barge down and walk along the port outside, transportation are already available.

Standard rates are regulated in Siquijor. If you opted for day tour with a tricycle driver, the rate is P 1,000.00 while if you rent a motorbike, its P 350.00 and you will fill up the gas.

Folks told us that a rapid and large wave in San Juan beach is not advisable for the moment.  Haay, quite dismay because I like the beach resort front to stay.

Anyway, our trike driver suggested Diamond de Siquijor which is 3km from the port area.

Just like what I expected for a place to stay, it’s a beautiful accident I may say.

Family-friendly accommodation that has a serene, white crystal beach front view that the sound you can only hear is the splashing wave. 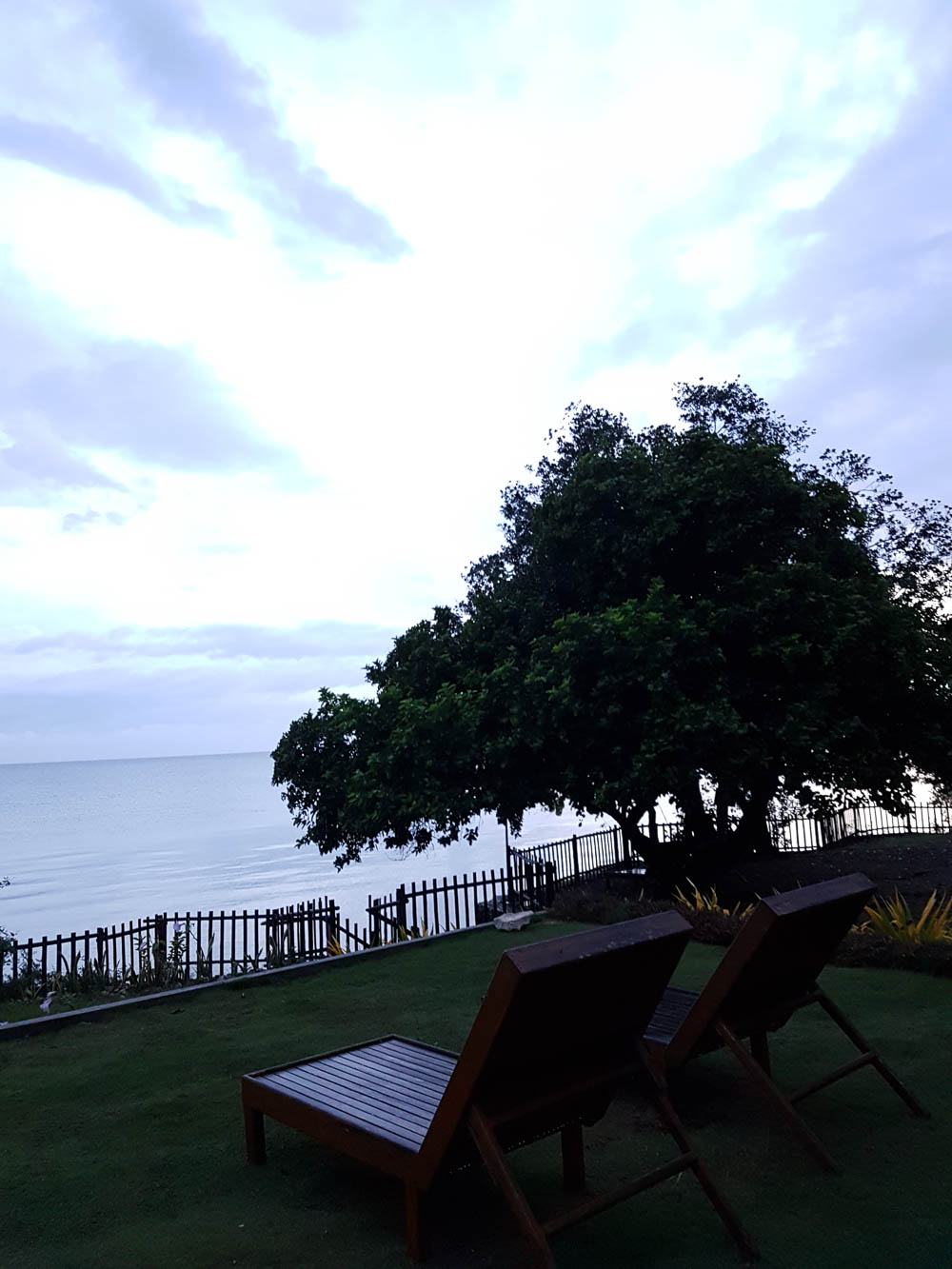 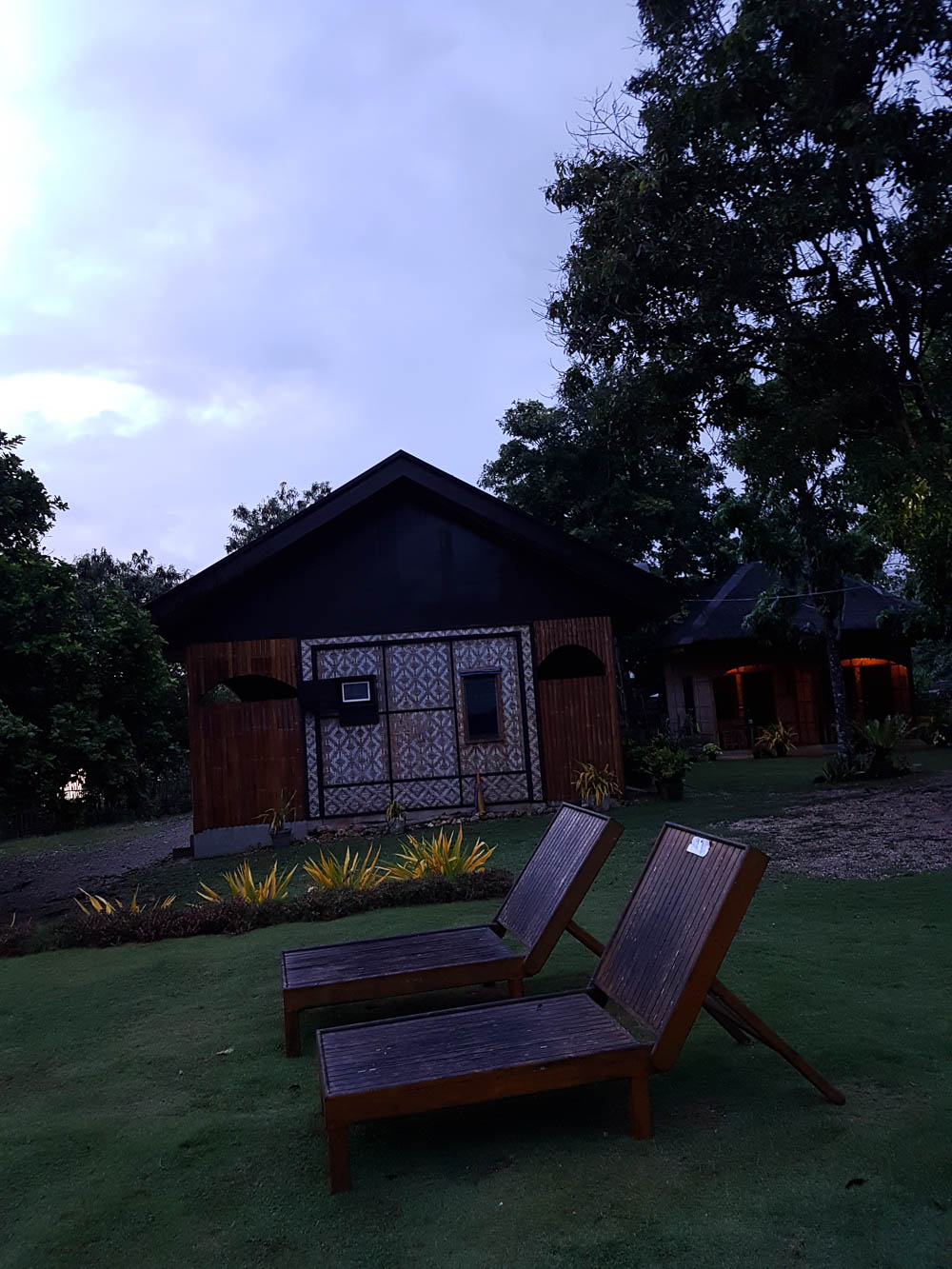 Room is neat and tidy. Bedding is comfortably white and hygienically smell fresh.

Quite obsessive compulsive about comfort room. Yes, quite small but spotlessly clean. 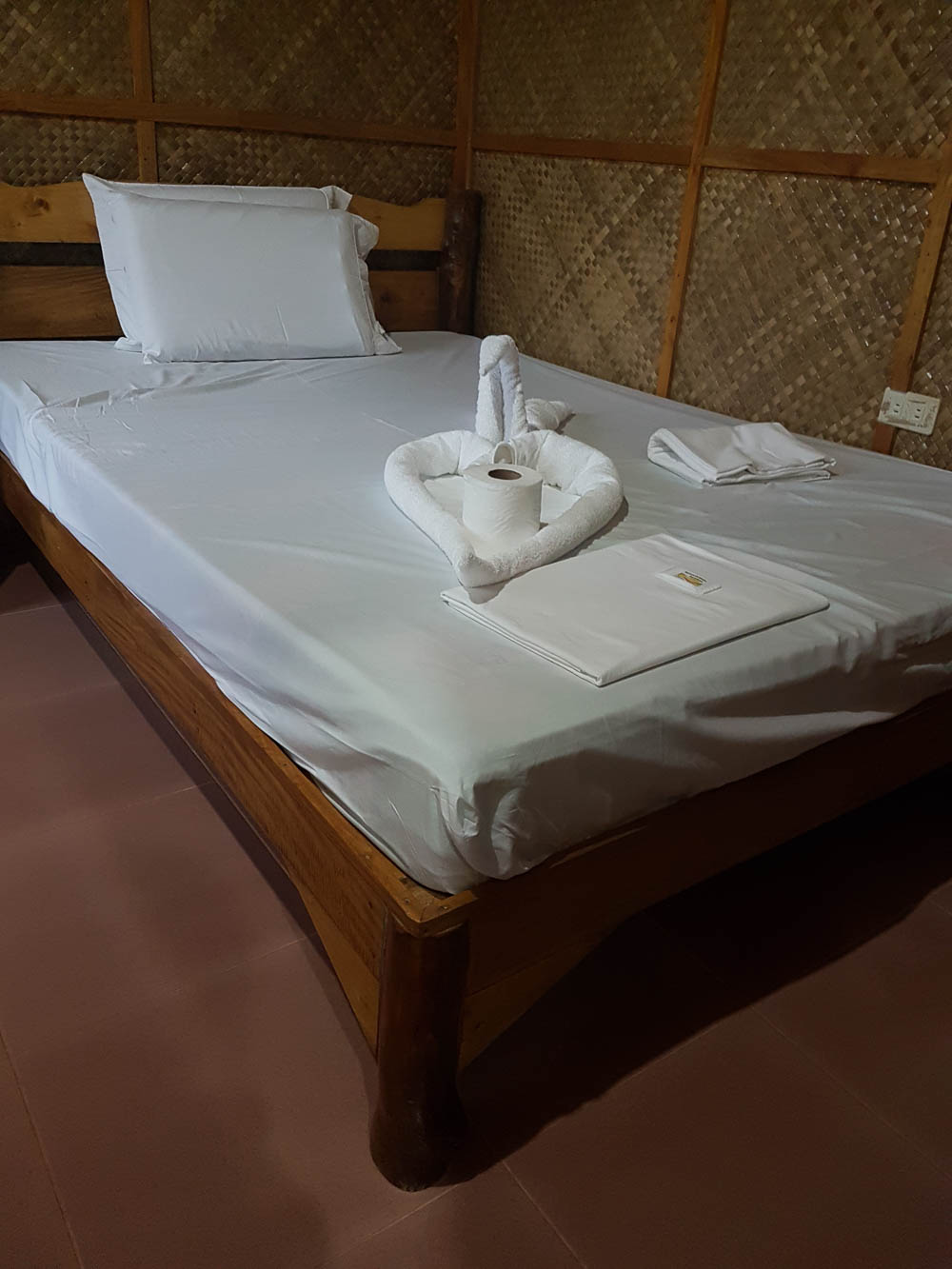 Since fan rooms for P 650.00 were already fully booked, got the air-conditioned room for P 1,000.00 where breakfast is already included with flat screen cable channeled tv.

I thought I will be resting for a while. Can’t help to check work online. WIFI is fast.

The place is also near town center and market place which made us explore it late afternoon and took also our dinner. There were lot of decent karinderia around where meals are also affordable.

This is the center of Siquijor and town proper. 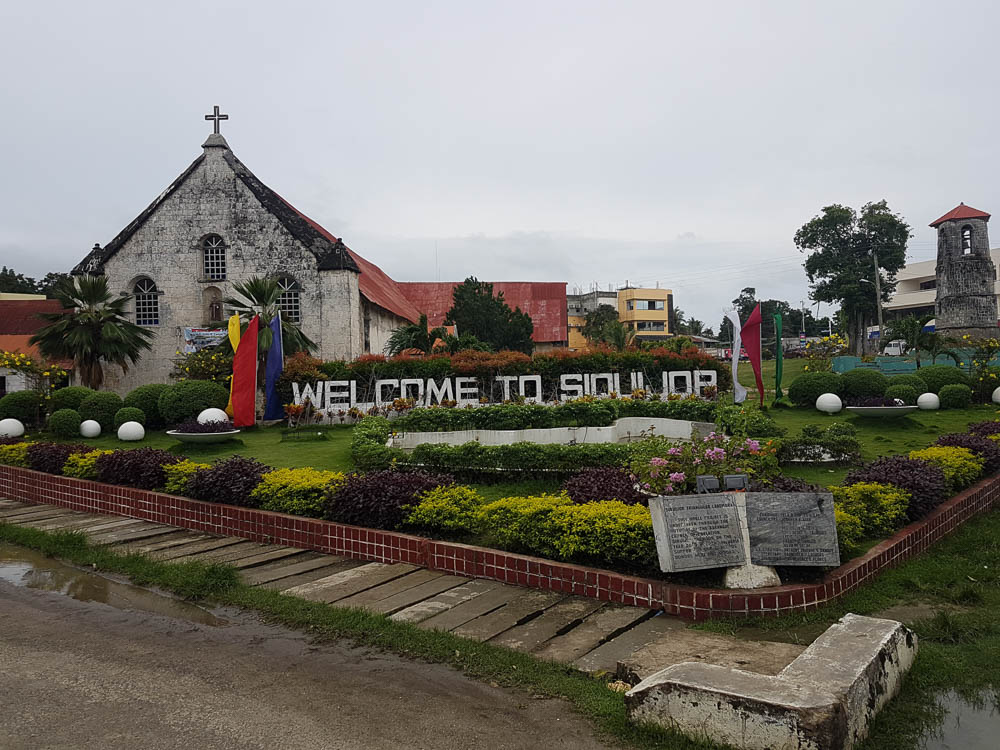 Larena’s Bell Tower and St. Francis church with greenery landscape of Siquijor is a start-off point one cannot missed. 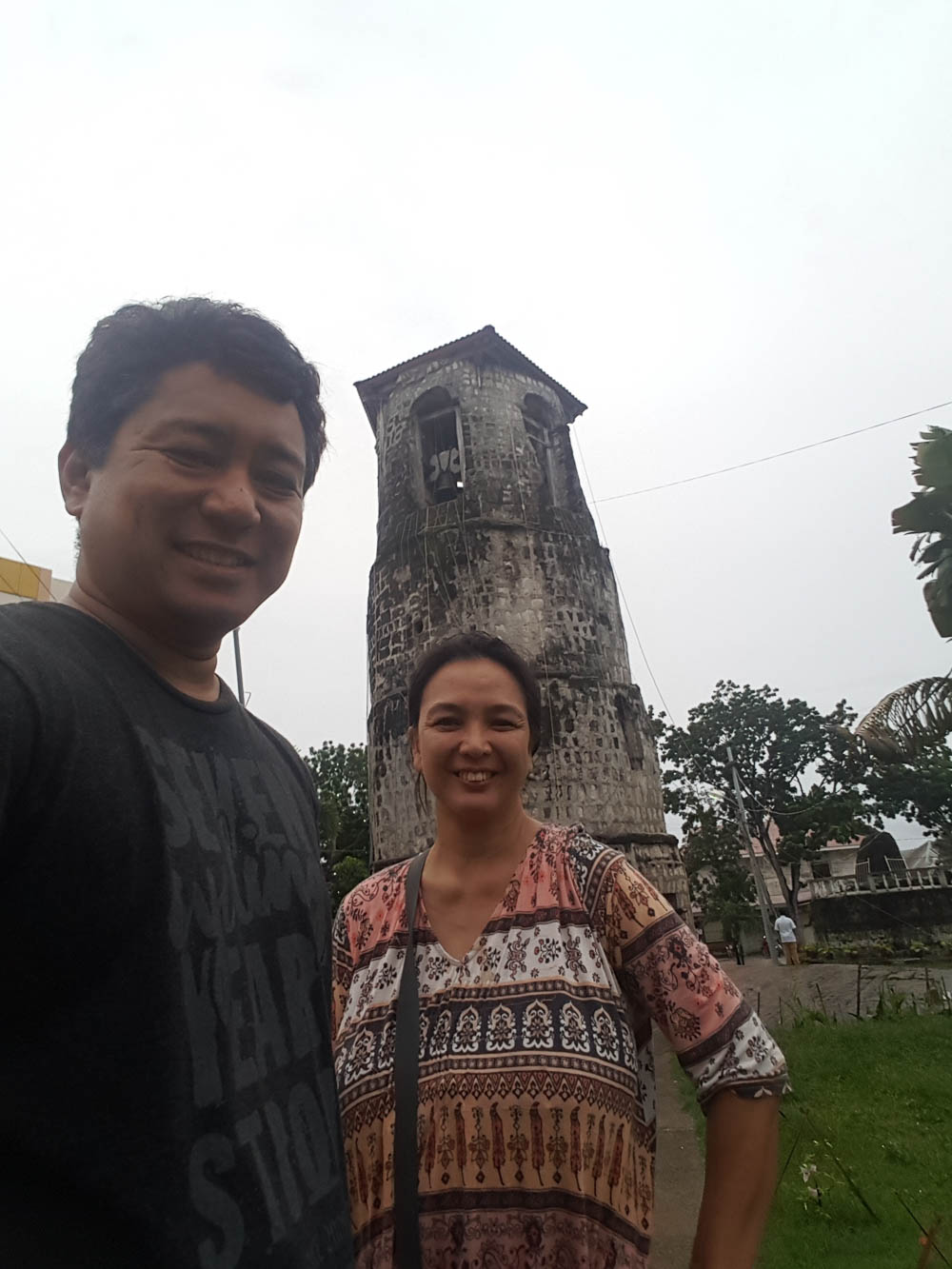 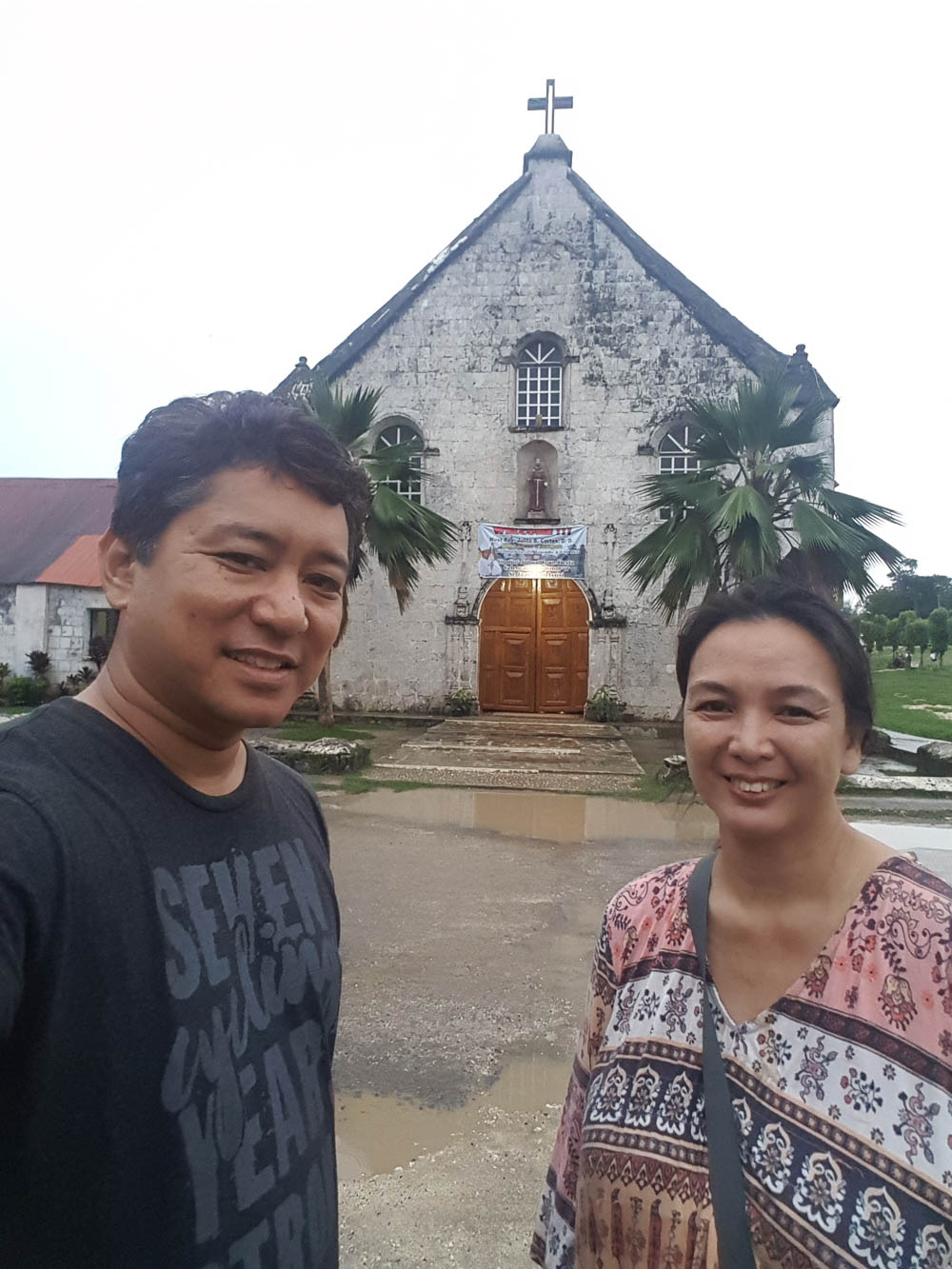 We sleep early for us to be ready for tomorrow’s island exploration in Siquijor.

Quite drizzling on that day and some stuff will be wet as we opted to rent a trike for P 1,000.00 which the original plan was to rent a motorbike for P 350.00.

We started our tour as early as 6:00am. Trekking waterfalls, visiting churches and beach bumming are just some of the activities packed for one day as we go round four towns as far as I remember. 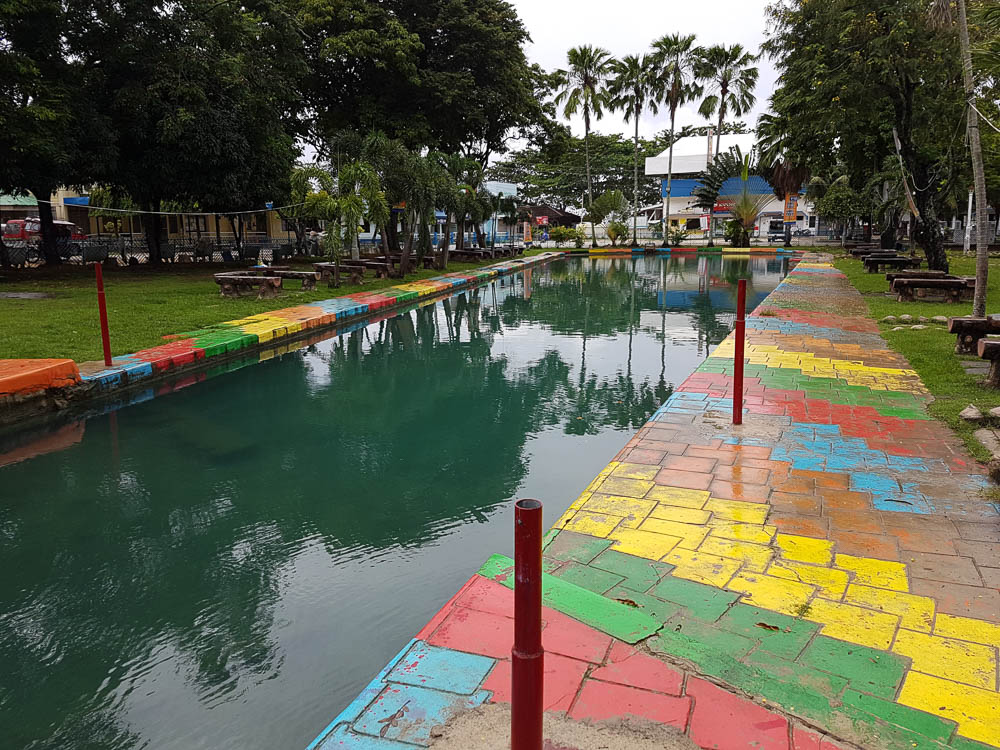 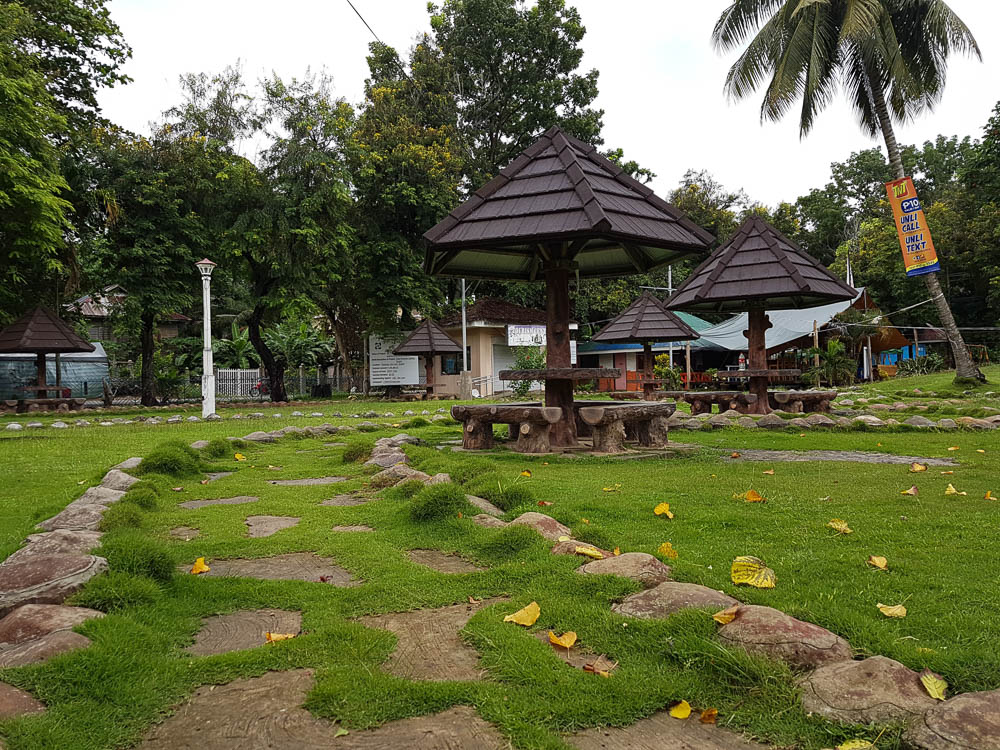 Capilay Spring Park has a large pool and a picnic place where one can have swim together with those small fish around. 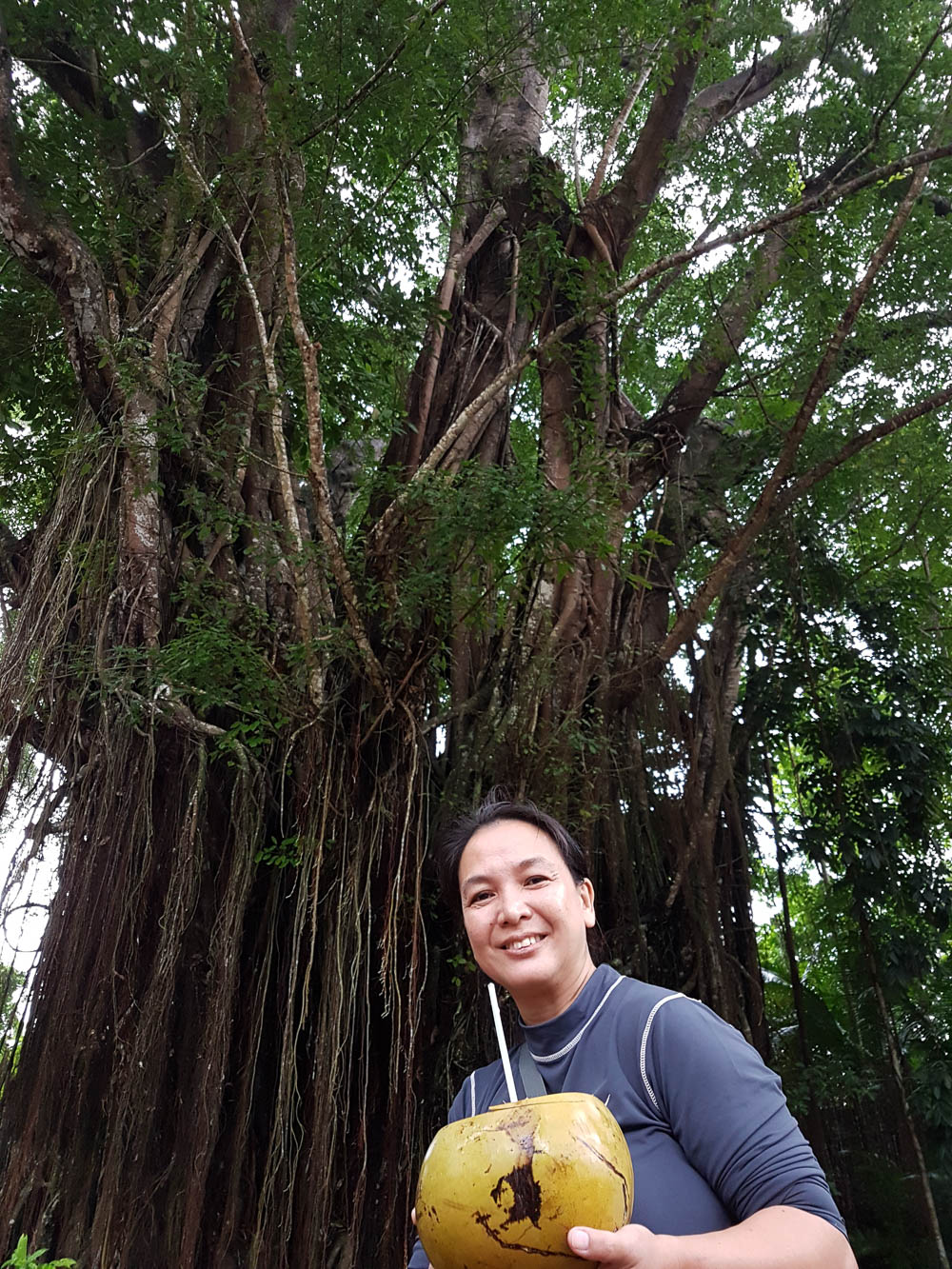 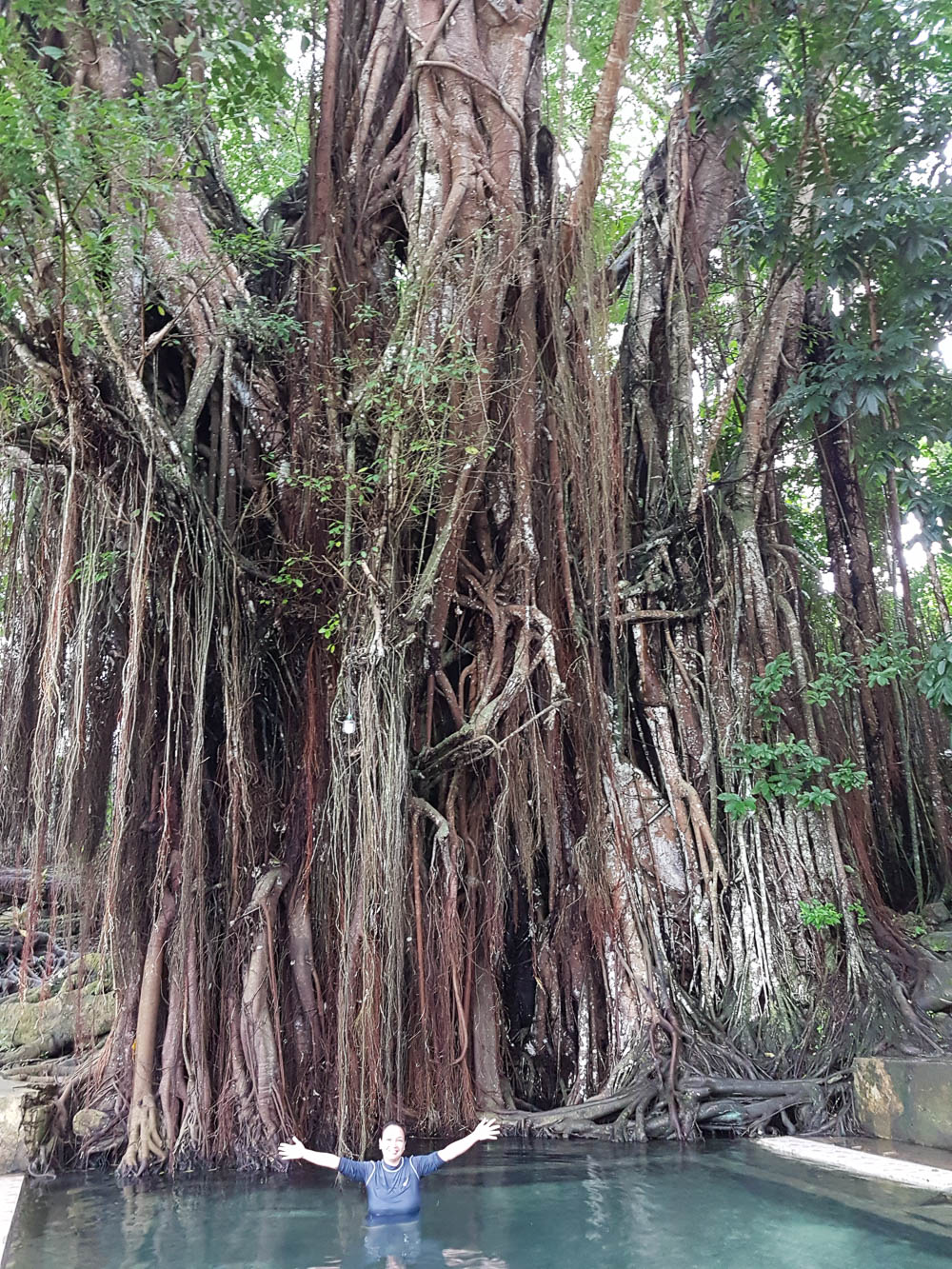 Natural way to enjoy travel – make it soothing yet relaxing under the tree. Best part, fish spa is for free. #Siquijor #BaleteTree

The Lazi town is what we enjoyed more – from church, Balete tree fish spa, falls that we cannot leave the place that quick. We stayed so long and immerse a lot of swimming. 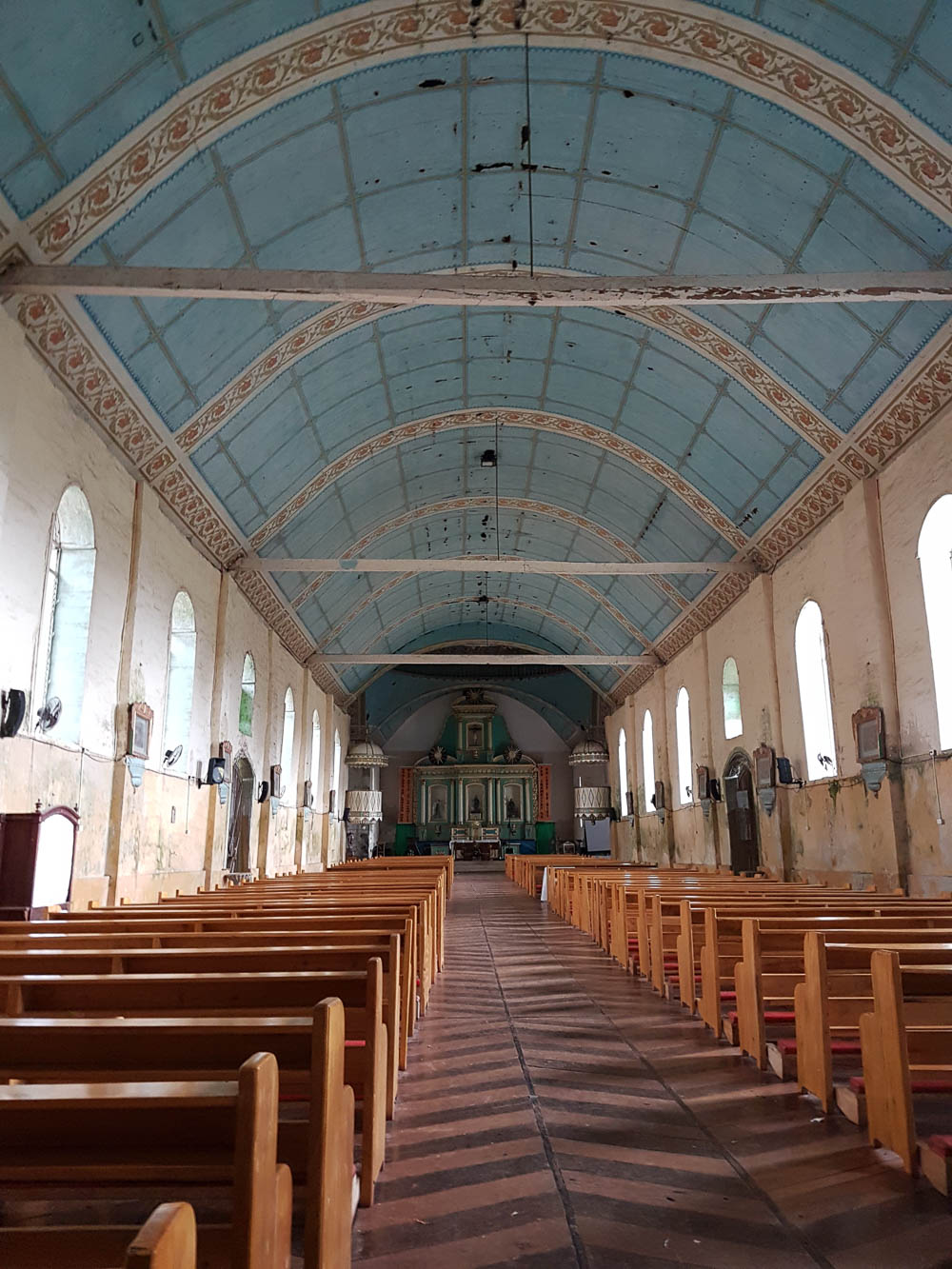 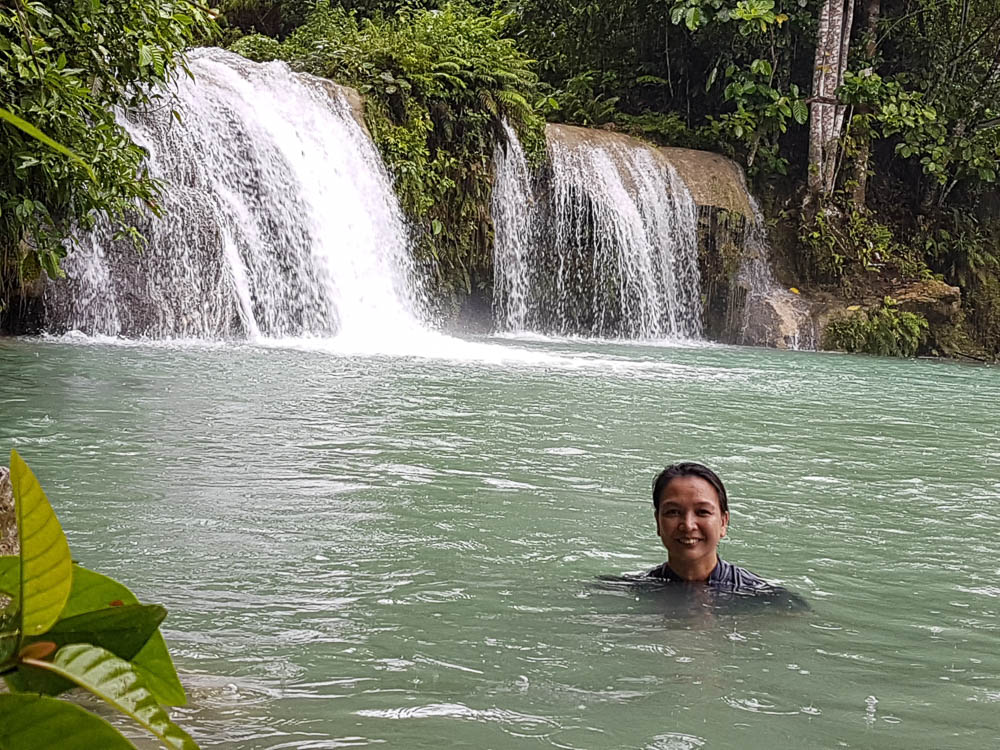 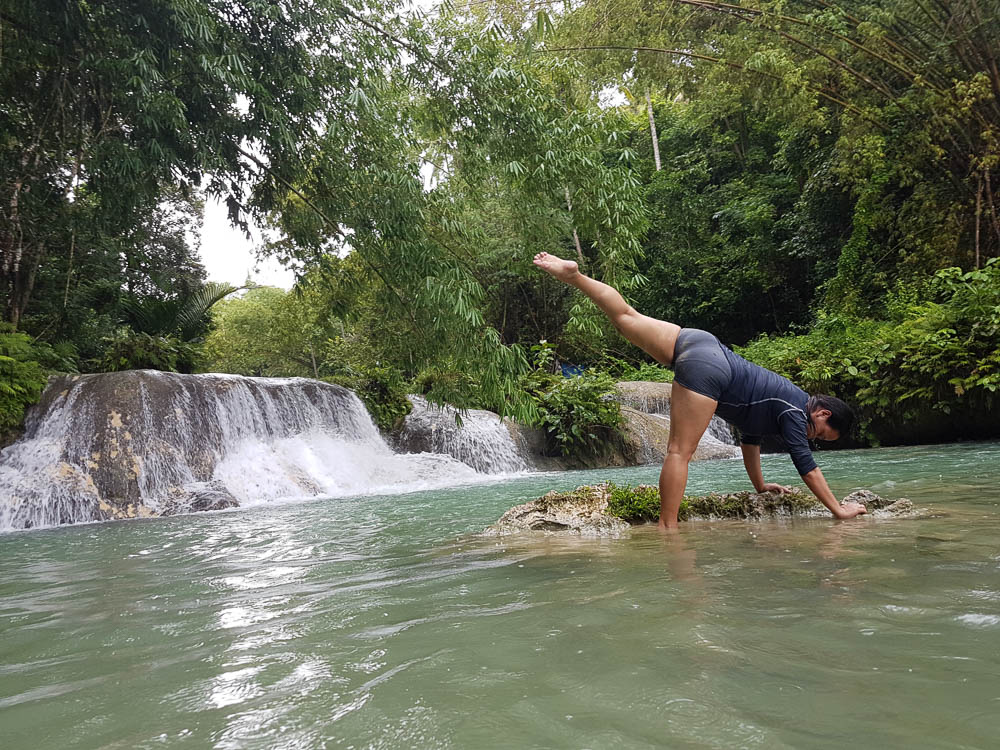 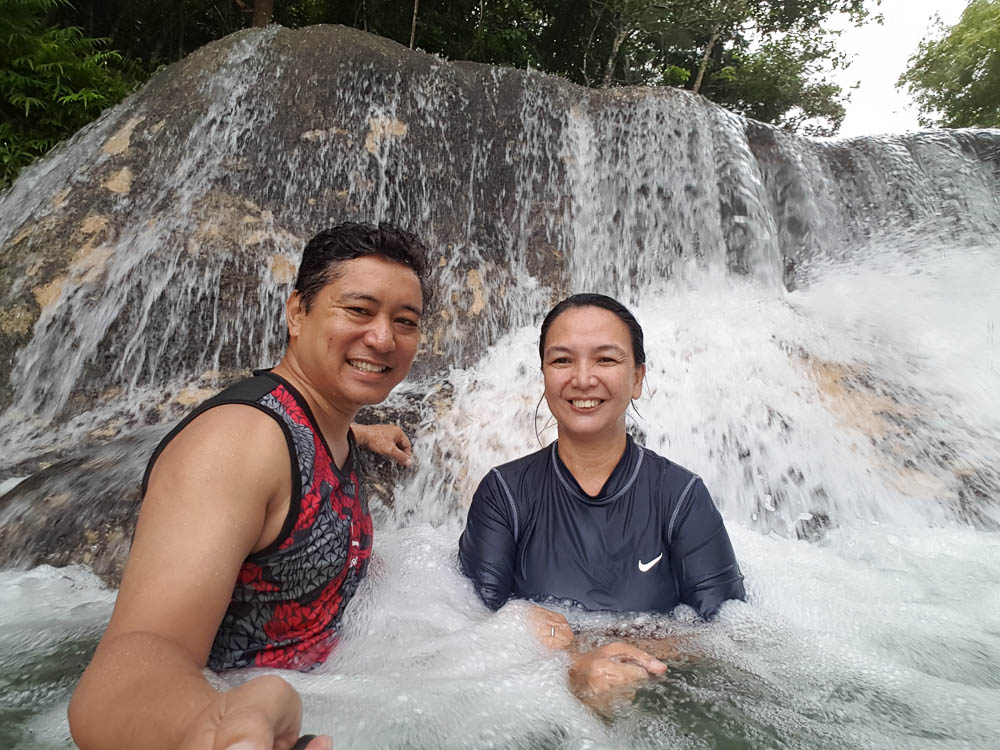 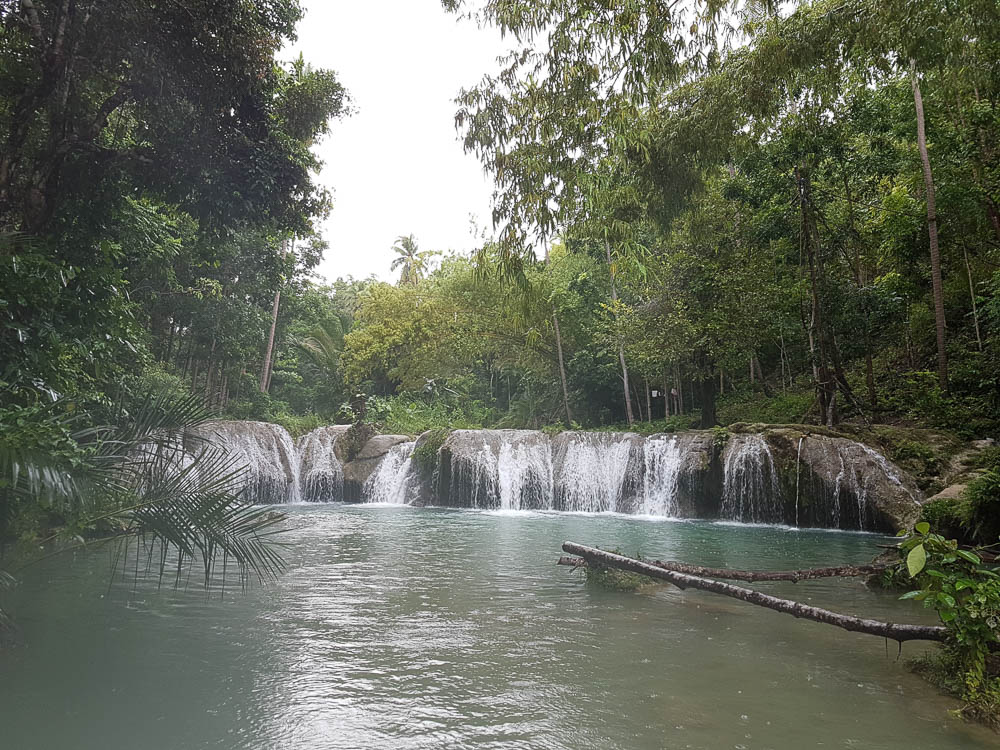 For white beach and cliff diving, the Salagdoong Beach is captivated view where we also took our lunch, bumming around.

Hubby took the guts to jump off the cliff. 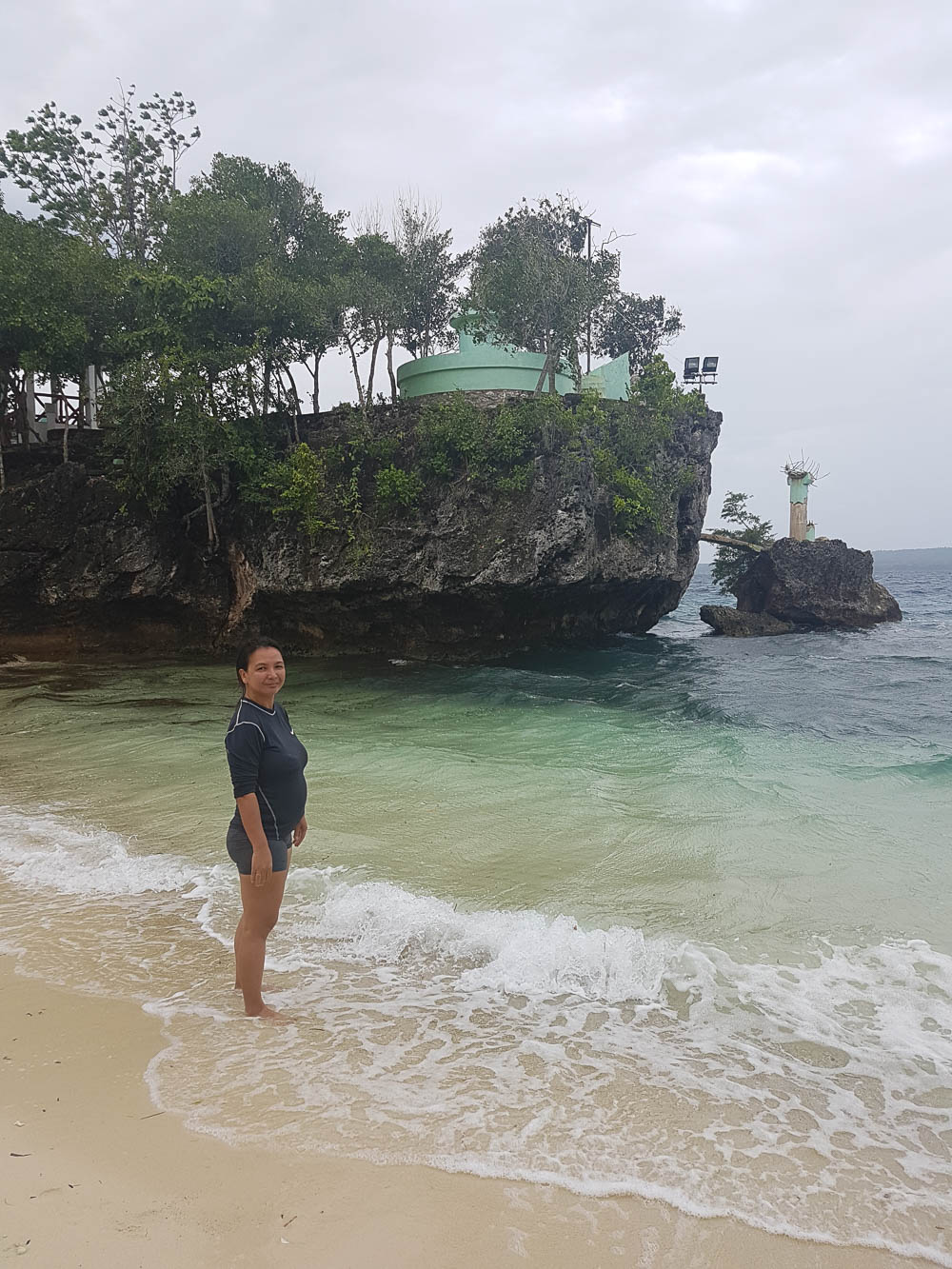 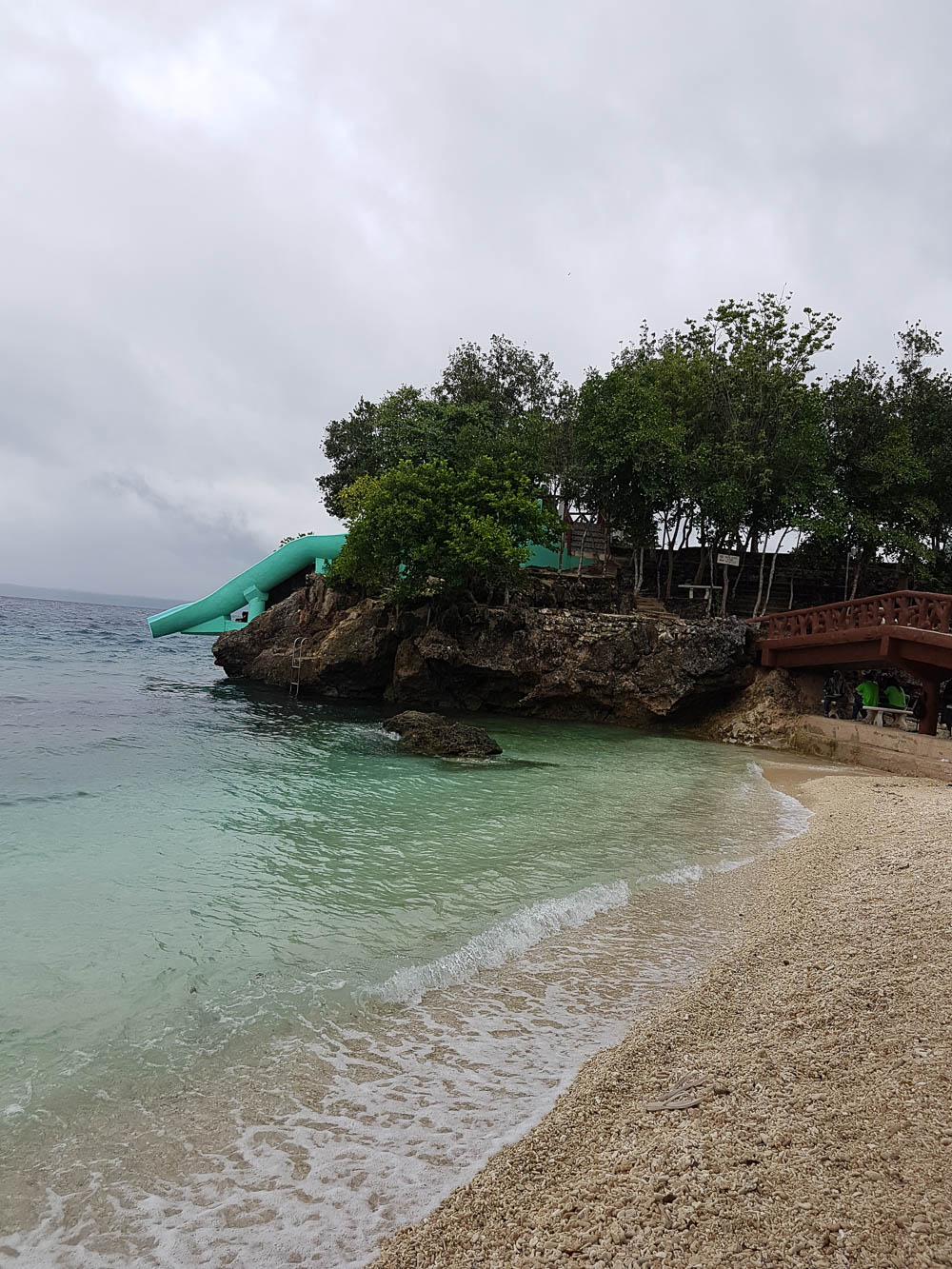 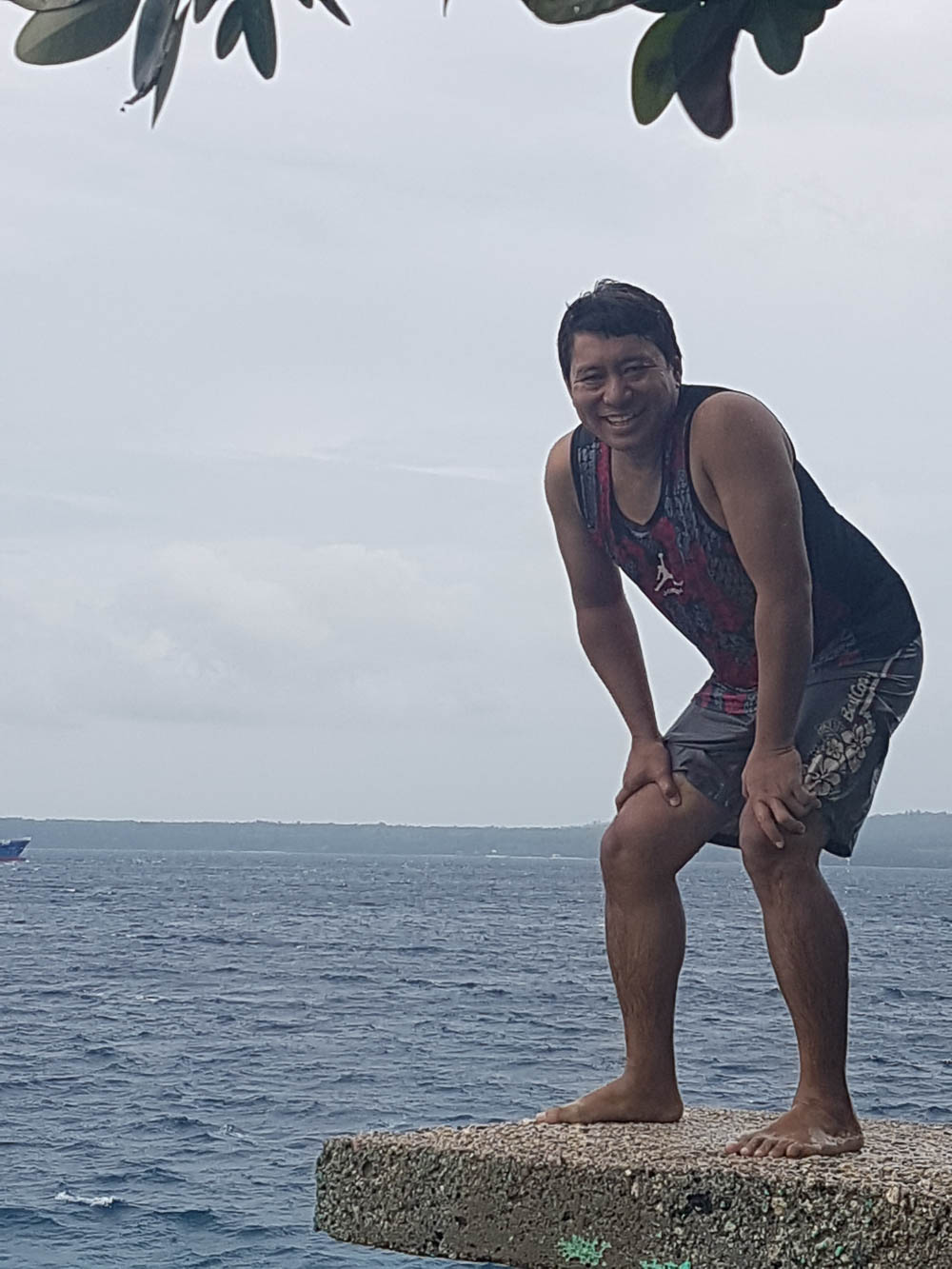 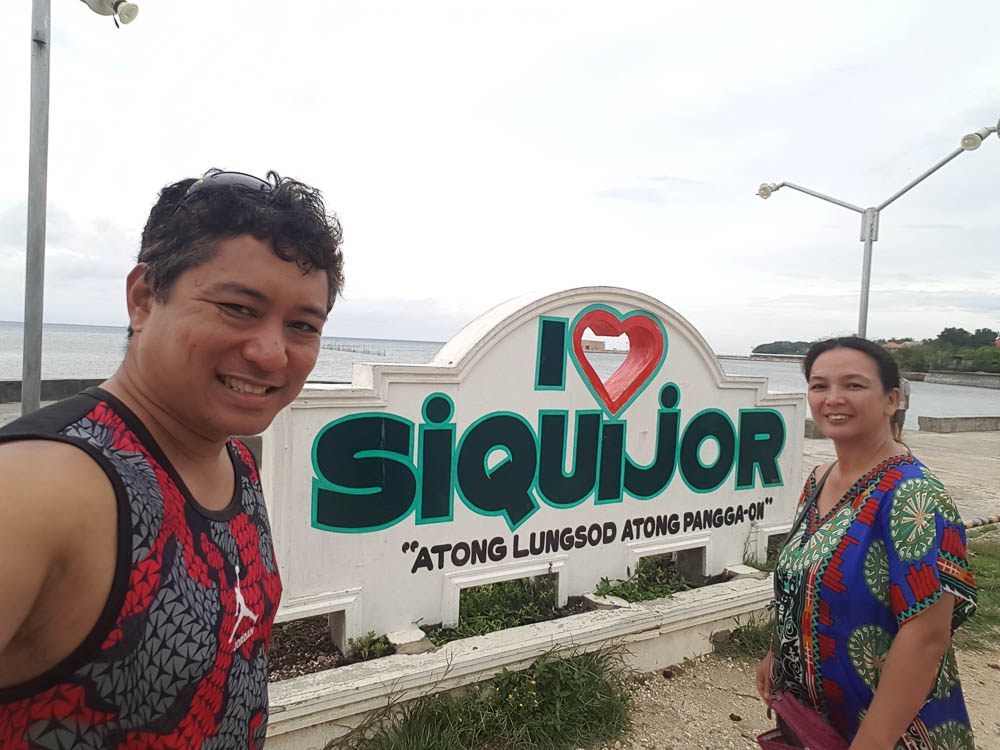 Yes, it can be done for one day. That’s it. We have to catch up last minute ride going back to Dumaguete.

Is it a rush? Not really. Before the tour, we had laid-off immersing ourselves in a beach front almost half-day to give those much needed rest and reflection. I think that’s enough for us.

To roam, to breathe, to change place impart new vigor to the mind as Siquijor is soo magical, enigmatic yet the place is sooo esoteric.

Yes, I was not suppose to be here as my deadline is sooo tight and taking a break is not an option.

After taking time to travel, now time to be inspire to work and be productive.

Quaint island but definitely the backpacking travel really worth it. 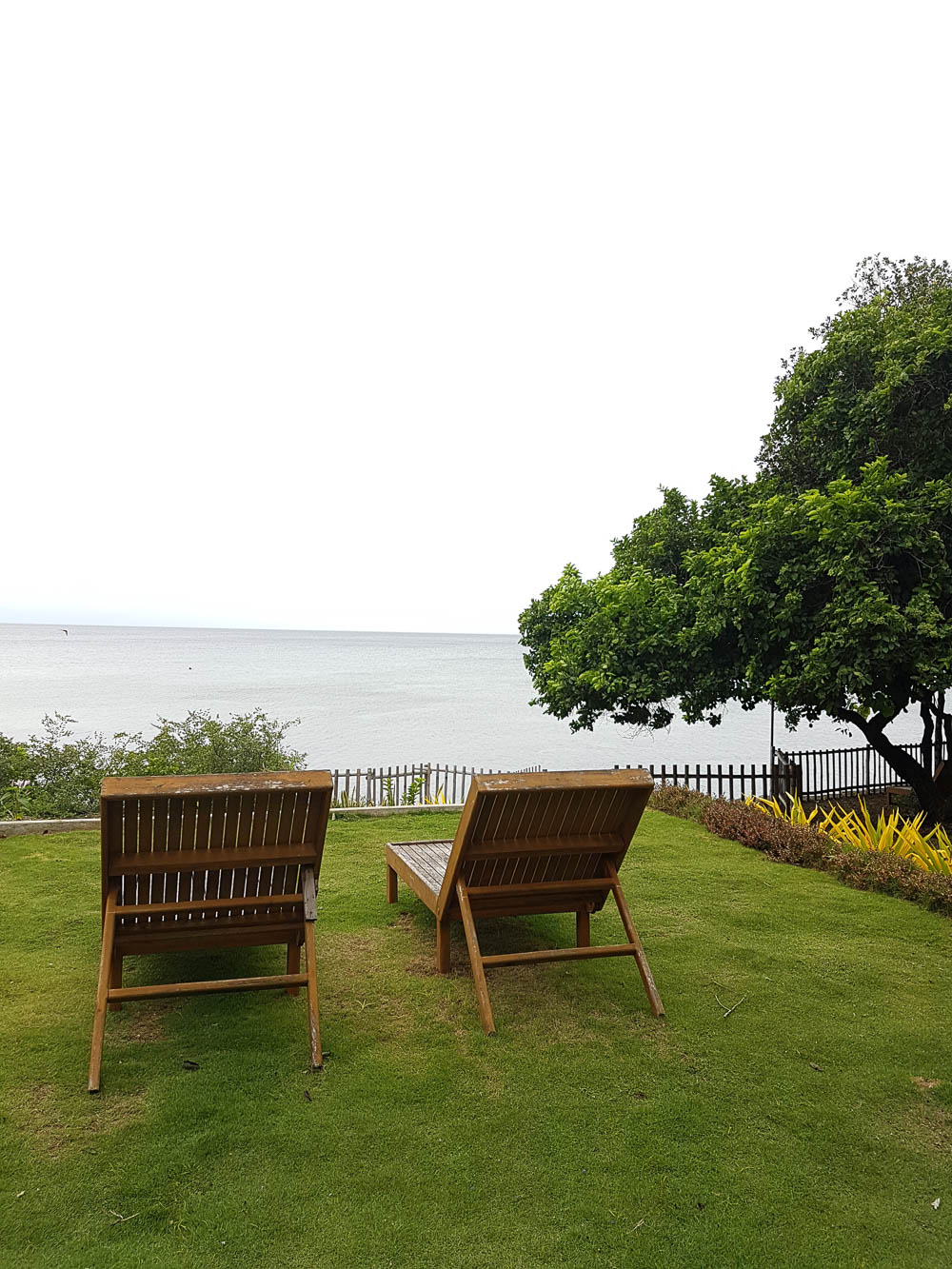 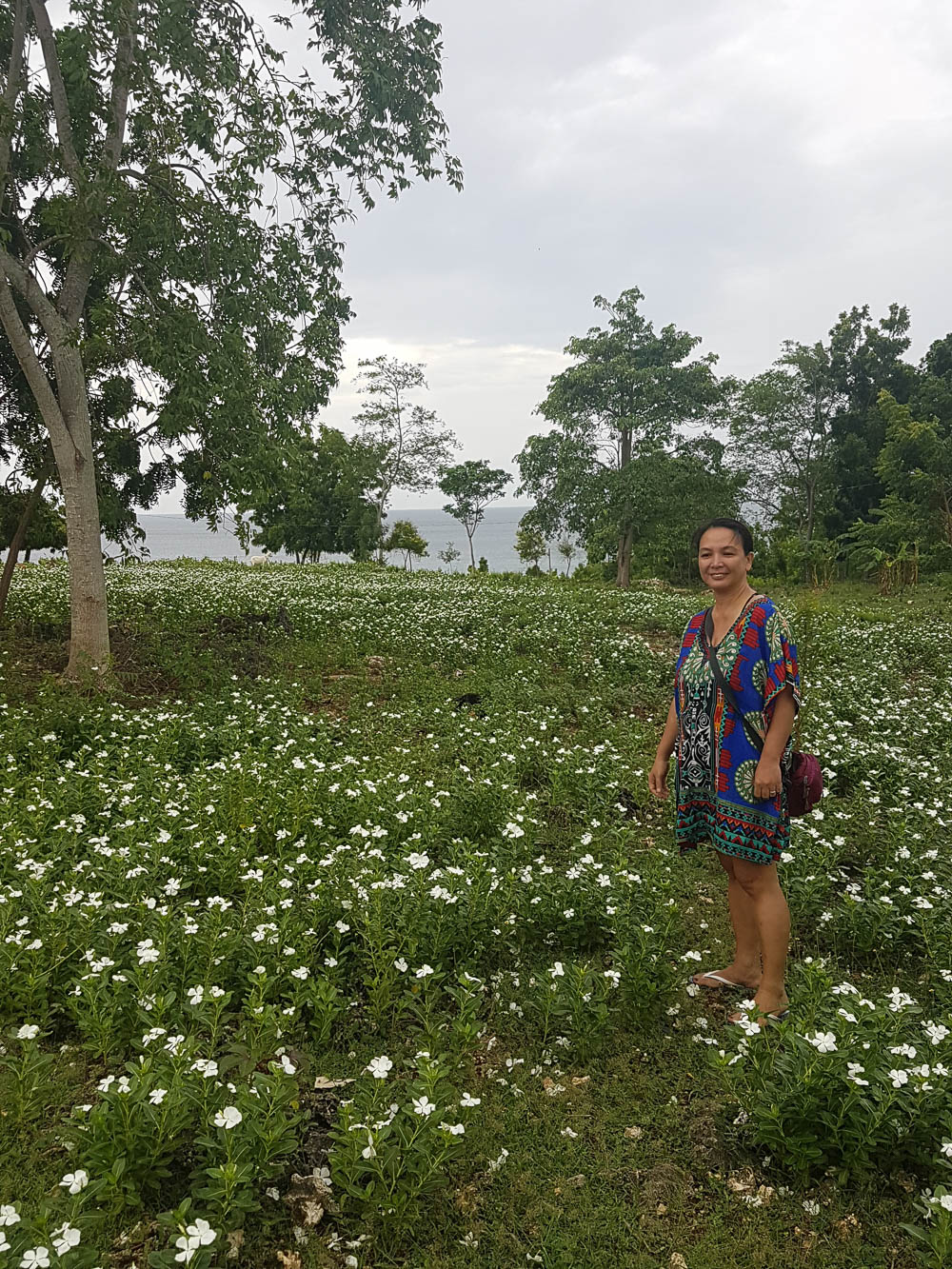 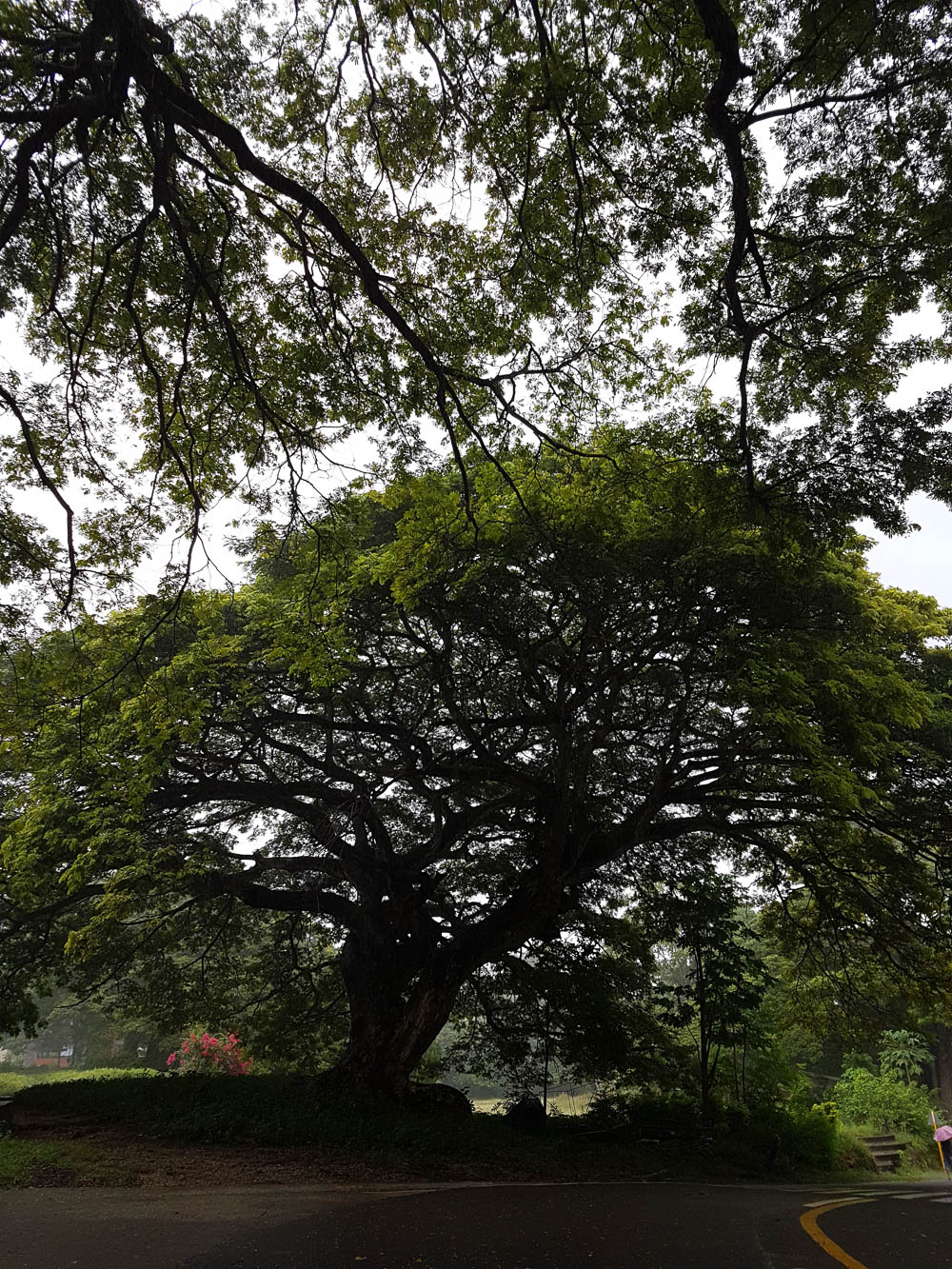