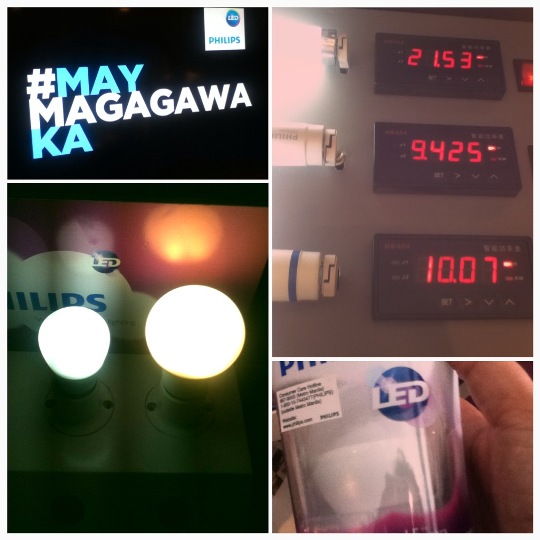 Philips encourages Filipinos to save energy by using LEDs as they raise their campaign #MayMagagawaKa.

As a parent and  nature advocator, I support campaign in power conservation.

This is the reason maybe with Philips #MayMagagawaKa campaign,  they are encouraging Filipinos to start saving energy to manage the impending power shortage this summer and the years that follow.

Have checked the three fluorescent lamps and comparing from regular to LED, the first consumes more – Philips LED.

#Philips encourages Filipinos to save energy by using LEDs as they raise their campaign #MayMagagawaKa. Checking regular fluorescent lamp against LED lamp, the first consumes more.

“A power outage can be catastrophic for the economy,” said Fabia Tetteroo-Bueno, Country Manager of Philips Philippines, during the campaign launch on Wednesday. “We lose the comfort our homes and the stability of livelihood and business.  It will impact all sectors—consequently, it will take the unified efforts of all these sectors to prevent it from happening in the future.”

The campaign comes on the heels of the Malampaya maintenance shutdown—which left a 700-megawatt void in the local power grid and renewed the mounting calls for energy conservation in the country.

“When it comes to power interruptions, it affects the quality of power and disrupts business,” said Henry Schumacher, Executive Vice President of ECCP.

“It is hoped that the measures undertaken by the private sector in joining the Interruptible Load Program (ILP), implementing energy savings, and energy efficiency investments will avoid power outages this summer.”

The ILP program is a proposed set of contingency measures to manage electrical consumption amid the Malampaya shutdown, including the use of generators as an alternative power source for private companies.

Saving energy is also an emerging environmental issue. Lighting alone accounts for almost a fifth of global energy—equivalent to 1.9 billion tons of carbon emissions every year. 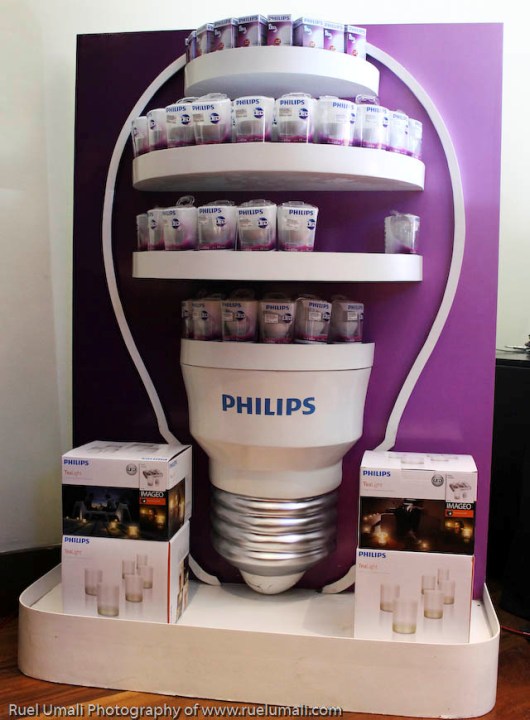 “We are consuming way beyond our limits,” described Joel Palma, WWF President and Chief Executive Officer.

“Saving energy is one way to help manage this deficit, and with most energy coming from fossil fuels, less consumption of energy means lesser production of greenhouse gases—thereby lessening impact on climate change.”

As part of the #MayMagagawaKa campaign, Philips launched an online video series on Facebook and YouTube last month featuring real-life testimonials from Filipinos, whose lives were or would be afflicted by power outages—including small-business owners, tricycle operators, employees, and homeowners.

“Each and everyone of us has a stake and responsibility in building a more energy-conscious nation,” explained Tetteroo-Bueno. “Now, more than ever, we need to save energy. This starts with smarter energy choices.”

When it comes to electrical consumption, she advised, it is the little things that matter—like switching from conventional lighting to LED.

In the Philippines, Tetteroo-Bueno emphasized, the lack of LED product standards have led to a proliferation of substandard units in the market. She added, “These units compromise efficiency and safety.  As consumers, part of our responsibility is to practice smarter energy choices to make a genuine difference in power conservation.”

On average, lighting accounts for 20-30 percent of a Philippine household’s monthly electrical bill—underscoring its importance in energy conservation at the household level. Based on studies from Philips, switching to LEDs can reduce home lighting energy consumption by 85 percent.

Maybe because others think that buying a regular flourescent lamp against LED lamp is pricey but if one can compute the amount of energy it consume, in a long run, LED can save more.

“Of the P1000 you spend on your electricity every month, approximately P200 goes to lighting. If you made the simple switch to LED, the P200 could become P30—giving you P170 worth of energy savings,” Tetteroo-Bueno elaborated.

At the same time, switching to LEDs can reduce a household’s carbon emissions by 50 to 70 percent. Furthermore, studies from Philips illustrate that well-designed LEDs have an extended service life—greatly reducing waste generation when replacements are considered.

“Choosing the right LEDs can make a big difference,” remarked Tetteroo-Bueno. According to Philips, the right LEDs are designed in accordance with international standards of safety and performance—they do not dramatically fade in brightness over time and offer money for value.

Tetteroo-Bueno continued: “We can make a big impact by choosing the right LEDs alone—imagine what would happen if we practice smarter energy choices in everything we do?”

Supporters of the campaign can get the shirt for free with every purchase of Philips LED lights in participating stores. They will also be given away as exclusive prizes in an ongoing Facebook contest in the Philips LED PH facebook page for Philips’ annual switch-off event for Earth Hour with WWF.

To reach an even wider audience, the campaign will partner with local government units (LGUs) for a series of barangay-level activities dedicated to promoting the cause.

We can’t resist we already wear them during the launching. 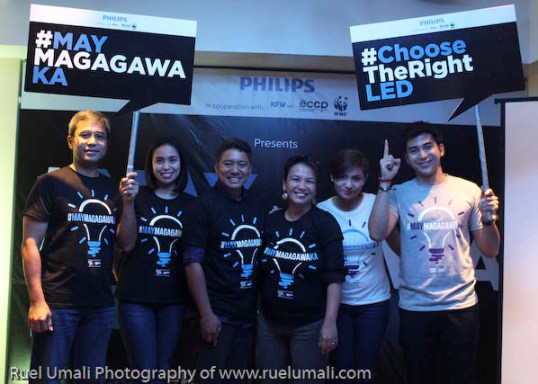 Tetteroo-Bueno concluded: “The #MayMagagawaKa campaign will run throughout the year and it is an advocacy that we are intending to sustain in the long term. Together, we can prevent the lights from fading on the Philippines’ promising growth story.”